Where do my drugs come from?

You may have seen the the term, “County Lines” on the news and on social media, but what does it actually mean?

County Lines is the term used to describe a form of organised crime where criminals based in urban areas pressurise vulnerable people and children to transport, store and sell drugs in smaller county towns. It takes its na

me from the phone lines used by organised crime gangs to communicate between towns.

County lines is normally associated with drug dealing in the UK but there are also other consequences such as prostitution, child exploitation and the knife crime epidemic where so many lives are being lost.

Drug taking is seen by many as acceptable and part of the fabric of our society. From the glamorization of drugs in music videos to senior politicians confessing to dabbling in everything from bongs to crack pipes,  drug use is becoming increasingly normalised in the UK.

However, whilst the use of drugs is no longer seen as taboo, many people are still naive to the dark side of where they come from. For every ‘recreational’ drug user there is often a number of frightening consequences for people within the supply chain, from the growers through to the vulnerable children used as runners.

Cressida Dick, the Metropolitan Police Commissioner, recently spoke out about the alarming situation; “There is this challenge that there are groups of middle class people who will sit round happily thinking about global warming and fair trade and 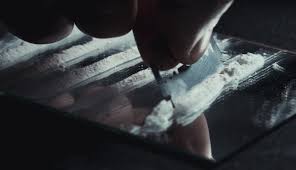 environmental protection and all sorts of things, organic food, but think there’s no harm in taking a bit of cocaine. Well there is. There is misery throughout the supply chain”.

An article from the guardian reported how dealers and their associated gangs use social media to contact and track the movements of vulnerable children as young as 11, grooming them ready for a life of drug crime and exploitation.

This frightening insight into the murky world of drug supply puts a very different spin on ‘harmless, recreational drug use’…